Share a memory
Obituary & Services
Tribute Wall
Read more about the life story of William and share your memory.

After college, he worked for Ford Motor Company in Chicago. He then moved to Knoxville, Atlanta, and Memphis to work for Holiday Inns where he became the Executive Assistant to the President and CEO. He was one of the first developers of Hampton Inns. Years later, he taught college classes and then became a realtor in Oak Ridge.

He had an adventurous side that took him on many travels, which allowed him to boast of having been to all 50 states. (Most several times!)

As an avid enthusiast of anything with an engine, he earned his private pilot’s license at 21 and later owned his own plane. He loved cars (only Fords!), motorcycles, boats, snowmobiles, jet skis, etc., of which he owned several.

He loved being on the lake in his boat as well as snowmobiling through the woods in northern Michigan. He was a fan of all sports, especially football and hockey, which he played in his youth.

He was extremely intelligent and there wasn’t a math problem he couldn’t solve.

Jane was the love of his life for 55 years. They lived in many houses together and travelled extensively. His only child was his daughter, Heather.

He loved his family and friends; especially his four grandchildren, Savannah, RJ, Chad, & Kyle. Taking them on many trips and adventures made him very happy.

He was aslo surveived by his Sister Jan (Hollenbeck) Van Fleet and niece Christy Hall.

He had a quick-witted sense of humor and loved making people laugh.

He was an avid church goer where he made lasting friendships throughout the years.

To leave a note or to share a memory of Bill, please visit our online guest book at jacksonfuneralservices.com

To send flowers to the family or plant a tree in memory of William Ralph Hollenbeck, please visit our floral store. 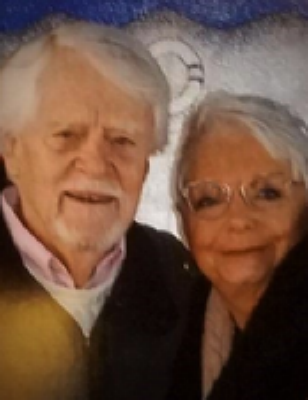 Look inside to read what others have shared


Family and friends are coming together online to create a special keepsake. Every memory left on the online obituary will be automatically included in the book.

You can still show your support by sending flowers directly to the family, or by planting a memorial tree in the memory of William Ralph Hollenbeck
SHARE OBITUARY
© 2022 Jackson Funeral Home and Cremation. All Rights Reserved. Funeral Home website by CFS & TA | Terms of Use | Privacy Policy | Accessibility